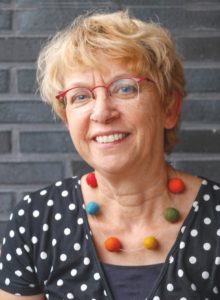 Martje is a Heart Failure nurse in the Netherlands and PhD who is working since several   years as a post-doc at the Department of Social and Welfare studies at the University of Linköping.

Martje received her PhD in the Netherlands at the Department of Cardiology at the University Medical Centre Groningen in 2007 in the COACH study with her thesis ‘Compliance in heart failure patients; who cares?’ Since several years she is working as a post-doc in Linköping together with researchers on thirst in HF patients, the Wii study and the TALK-HF study on discussing prognosis in HF patients. Recently, a grant from FORTE was received for her to work more intensively on the TALK-HF project. She will help to test a new developed Swedish communication tool about discussing the disease trajectory with HF patients among patients and health care providers in the Netherlands. She will also be involved in a survey among cardiologists in Sweden about discussing prognosis with HF patients. This survey was recently conducted in the Netherlands and presented at ESC Heart Failure 2018 in Vienna. Finally she will be involved in international research collaboration for developing a communication course for professionals about discussing prognosis and disease trajectory with HF patients.

Martje will work together in the TALK-HF project with Tiny Jaarsma, Anna Strömberg, Jan Mårtensson and Lisa Hjelmfors and also is involved in a project addressing thirst. Furthermore, she is an advisor in the HF-Wii project .