This year´s congress was held in the beautiful city of Sevilla, Spain. About 4500 participants from 145 countries attended and 1500 abstract were submitted to the congress. Following persons contributed to the congress from the Cesar-network.

Professor Tiny Jaarsma talked in two symposiums about ”Let´s talk about sex seriously” and ”Computer gaming: an addendum or an alternative?”. Click here to read more about the HF-Wii study at Heart Failure Congress 2015. (http://www.hf-wii.com/index.php/28-news/38-hf-wii-study-promoted-on-heart-failure-congres-2015)

Professor Anna Strömberg participated at a satellite symposium with a presentation titled “A multidisciplinary team approach to managing HF: concerted team effort and benefits for patients”. She also had a talk at the Main Session about “End of life care: what are the characteristics of the patients and who should care?”. 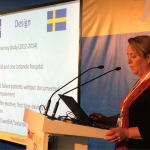 Brynja Ingadottir had a presentation at the Nursing Investigator Award. She competed with the study ”Changes in perceived health of heart failure patients after CRT implantation”. Stiffness in the shoulder and the feeling that the device is sticking out were the most common procedure-related complaints. 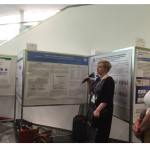 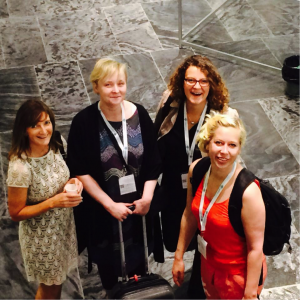 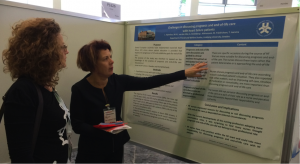 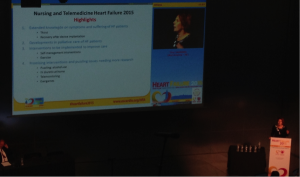 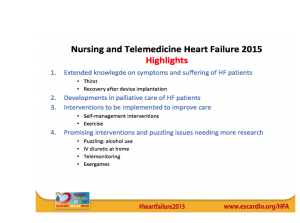 Tiny Jaarsma also presented the highlights of the congress in the ”Nursing and Telemonitoring”.