The 6th International Carers Conference was this year held in Gothenburg. Two Cesars, Susanna Ågren and Maria Liljeroos participated in this very nice and friendly congress. 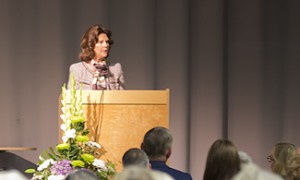 650 people attended at site and approximately 800 people worldwide attended via Internet since many sessions were live-streamed.

The first day Susanna Ågren presented the results of two different studies, “Psychosocial impact in family members before and up to two years after heart or lung transplantation” and ” The unsteady mainstay of the family: Adult children’s retrospective view on social support in relation to their parents heart transplantation”. 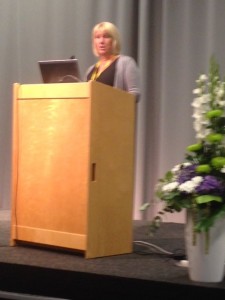 During the 3 days many interested topics were covered, Health, social care and Wellbeing, Combining work and care, Paying for care and Technology-enabled care and support. During the coffee breaks and during the congress dinner there were plenty of time for networking. Many of the presentations were streamed live and it is now possible to see them at http://www.anhoriga.se

Both Susanna and Maria can can recommend this yearly Congress for those who are interested in family research.